Francisco Goya: The Disasters of War

Francisco Goya’s (1746-1828) Disasters of War prints depict the guerrilla warfare, famine and political disillusionment of the Napoleonic Wars and they are often seen the beginnings of what is now called photojournalism. Published only after his death, this prints will shock visitors to the exhibition with his powerful rendering of human suffering at the hands of the elite. 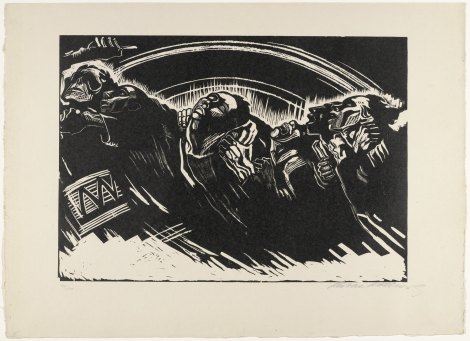 Similar to the Chester Beatty, NGI will host 40 prints and drawings by the German artist Käthe Kollwitz (1867-1945), one of the most influential printmakers of the 20th century. This selection of over 300 prints and some 1450 drawings will guide visitors through the effects of war from the eyes of a civilian, in particular, the tremendous grief that is left in its wake. As part of the exhibition, there will also be a programme of talks and music.

Turner prize nominee Callum Innes comes to the Kerlin Gallery with his latest collection of abstract paintings. While they appear straightforward at first, upon closer inspection the vibrant hues of red and orange and the velvety texture of the heavily worked chalk on will delight the viewer. 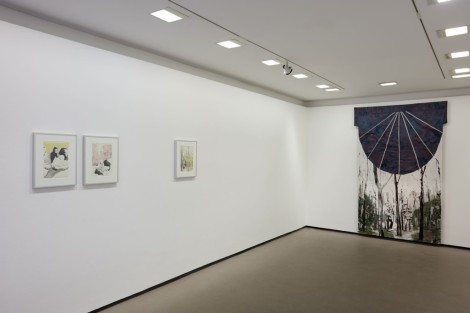 Brendan Earley back of beyond

This exhibition features a mixture of sculpture, prints, and drawings as Earley creates a journey into the wilderness. Through his use of childhood memories and folk memories imagined in eighteenth-century Irish landscapes, visitors will be enthralled by the artist’s passion for his roots.

With over a dozen artists being featured, Coastlines explores our sense of place and how we perceive borders, differing terrains, and our relationship with the natural world around us. Artists such as Dorothy Cross (featured above) achieve this through mixed-media sculptures from found objects washed in on the shore.

William Crozier: The Edge of the Landscape

IMMA has curated a retrospective of the works of this lyrical landscape painter (1930-2011) to display his transition from the existential dilemmas that haunted his early to mid works to the graphic depiction of contemporary political issues in his later career, such as the Troubles featured above. 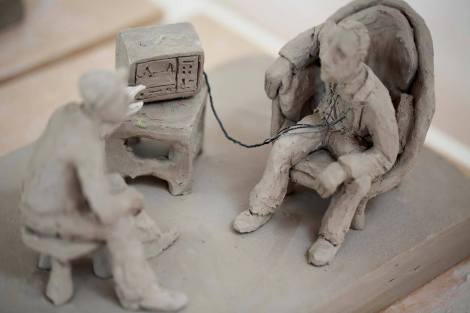 The Museum of Modern Comedy in Art (MoMCo) – a Proposal

A lighter take than some of the other choices in this article, this exhibition focuses on the hidden comedic aspects of modern and contemporary art – including a wonderful series of clay figurines depicting key-moments in art history.

Gavin Murphy is a Dublin based artist whose work revolves around documenting cultural history. This project is on the Eblana Theatre, a cinema, now defunct, which was located in the basement of Busárus central station. His research comes alive through various mediums, including documentary film, dance, and photography. 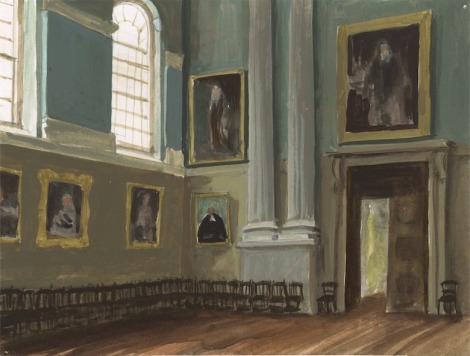 This collection of interior paintings considers the tension between the past and the present in public architecture, but Jordan takes on this heavy topic in an entirely unique, neo-expressive style that all visitors will find thought-provoking.

The Ocean After Nature

Part of an international tour, this exhibition explores the way oceans reflect the ecological, cultural, political, and economic realities of a now globalized world. Over twnety artists and collectives feature here and debate whether the ocean is simply a victim to power or an instrument in itself.