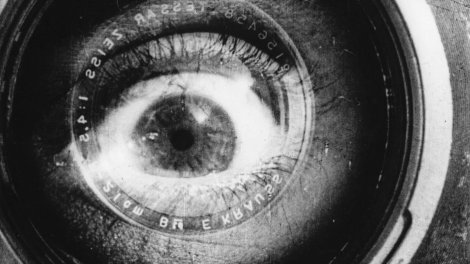 This title may sound like an oxymoron upon first glance, how can you have a newer version of something that’s entire basis is in the past? What it means is, we need an entirely new way of approaching and presenting history – particularly the history of art and architecture. The format and style of both were developed at the turn of the twentieth century and is no longer suitable for contemporary society – the greatest baggage it carries is classism, as there has been little substantial effort to make it accessible to the many and not just for the pleasure of the few.

There are a number of habits we must first break out of before we can contemplate exactly what this new history will definitively be. Firstly, we must change our use of language. Academic, formal writing has been the standard for over a century, due to the fact that writing about art and architecture remains an activity largely by and for the middle and upper classes in universities and subscription-based societies. As a result of this, it is very formulaic and terminology-heavy, and only those who have the privilege of enough leisure time to dedicate to learning the mishmash of Latin and English it is written are capable of engaging with it. We are conditioned to see anything different to this style as being ‘unprofessional’. Yes, John Berger and his revolutionary Ways of Seeing (1972) provided the platform needed for anyone and everyone to question such academic certainties – but very little concrete change has been made since then. Yes, gender and racial theory are increasingly common discussion topics but they are both bogged down by the same style as the establishment that they are fighting against.

Secondly, we must throw out the concept of a linear progression in the history of art and architecture. The canon still sees the artistic developments of the Renaissance as one of the greatest achievements in human history – this is purely subjective. We should see this development as just that, another development to be looked at critically and analysed with the same objectivity we would apply to any other.

Lastly, the sterile approach of curating galleries and museums needs to be abandoned in order to allow the wider public to engage with works and ideas as they wish. The standard layout of single-block colour walls with a large painting in the middle and a black and white information box to the side continuously fails to entice us and recreates the atmosphere of a storage facility rather than a centre for education and enjoyment. This is not impossible. The National Museum of Scotland has replicas of some of the most famous artefacts and fossils in its collection in an open display with big, bold font beside them saying ‘PLEASE TOUCH!’. The sight of pink crayon on an ammonite is so incredibly satisfying. These spaces should be used as facilities to bring solace, inspiration, and meaning to our anxious, troubled times, and to inspire future generations to change what we could not.

Once we have accepted that these changes need to be made we can begin work on a new history that will be accessible to all who read it, that will have shed any remnants of colonialism and victor-leaning opinion, a full picture. Art and architectural history will become more open to debate and investigation, everyone will be able to engage with it.

It desperately needs fresh engagement. The art world is like a body of water. If people do not test the waters, causing ripples and waves every now and then, it becomes stagnant and polluted by predictability. No new ideas or theories can emerge and develop. It becomes ugly and eventually, it is abandoned.

We should cause ripples.