This year’s Open House promises to be another exceptional if rare insight into the eclectic mix of buildings in Dublin. From the 13-15 October, the Irish Architectural Foundation will be running over 150 tours and events around the country to ‘showcase outstanding architecture for everyone to experience’. Thankfully, we have sorted through this extensive list for you to find some of the tops sights to see for free! This year the festival will be drawing on the theme ‘The City as a Stage’ in the hopes of exploring the relationship between architecture and the world it inhabits.

Airbnb’s beautiful Warehouse will come to life this weekend, welcoming visitors to experience a building that has seen an impressive amount of change and restoration since its original conception as a warehouse for Dublin’s Trawling Ice & Cold Storage during the 1860s until it was taken over by the Raleigh Bicycle Factory in 1954. After lying derelict for over 30 years, the Warehouse has been given a new lease of life by RKD architects to stand as a striking example of how space have come to be reused in the city.

Our very own Trinity College is offering a great variety of architecture trails through the campus and buildings, inviting visitors to explore the rich history of Ireland’s oldest university. Trinity Arts Society will be hosting a Performance Walking Tour with a colourful twist as this theatrical guide brings the various characters of Trinity to life. 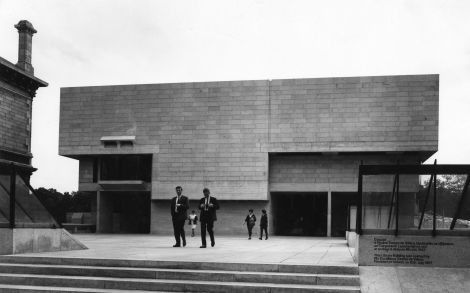 Meanwhile, the Architreck will bring visitors on an exciting adventure through the college with colourful self-guided tours to amuse and entertain along the way. The top sights to see include the Museum Building, the Old Library, Berkeley Library and the Parsons Building.

For something a little different, Open House has organised for public access of four renovated houseboats located at the Grand Canal Docks. The highlight that is certain to make waves at this year’s festival is The Adriana, which began life in Holland as a barge in 1898! The delicate nature of these houseboats means that a maximum of 3 people will be allowed onboard at a time. However, this is a rare opportunity to see the often overlooked and curious features of Dublin’s cityscape is not to be missed!

Designed by the architect Michael Stapleton, this beautiful townhouse dates back to 1786 when it was inhabited by the 1st Earl of Belvedere before falling into the hands of the Society of Jesus Religious Order in 1841. It took on a new identity as a college, home and school to some of the great figures of Irish history including James Joyce, Austin Clarke, Harry Clarke, Joseph Plunkett, Donagh MacDonagh and Kevin Barry to name a few. Alongside the impressive architecture, the stucco and plasterwork is a truly spectacular feature of the house.

No. 10 Mill Street was built in the heart of the Liberties around 1720 by the Brabazon family, Earls of Meath. It was originally modelled on the Dutch billy style with gable roofs, however, a later change in taste saw it transformed into a Gothic piece of architecture. During the 1970s, the building as a temporary storage facility before falling victim to neglect and vandalism. In 1983, the windows and door of the facade were bricked up, leaving an unsightly facade and little hope that it would ever return to its former glory. Recent conservation efforts by Carrig Conservation in 2015-17 will hopefully renew interest in the history of the building and provide desperately needed student accommodation in the city.