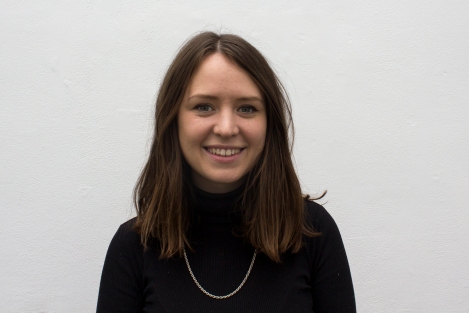 Róisín Bohan is assistant curator at Temple Bar Gallery and Studios.  She graduated from the Crawford School of Fine Art in 2014. She was subsequently awarded a one-year studio with Monster Truck Studios, Dublin, through the RDS Student Awards. Róisín’s work is in the collection of Cork City Council and Sample Studios, Cork. Her work with the Performance Caravan, a collective of performance and live art artists, was featured in Performance Art in Ireland: A History by Aine Phillips. Since moving to Dublin, Róisín has been developing her own art practice and expanding her curatorial experience.

Meabh Noonan spoke to her about her role at TBG+S and her curated series of Performance Nights at Studio 6, TBG+S, a series of three multi-sensory performance and installation events which are free to the public. 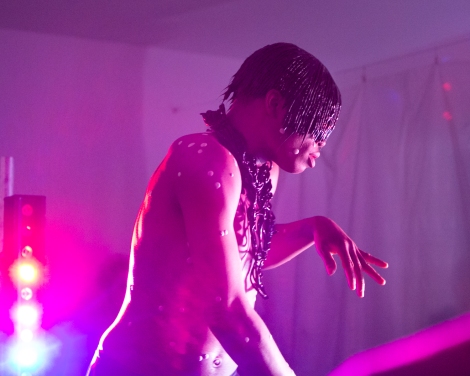 Róisín, could you tell us a how you became involved with Temple Bar Gallery and Studios?

I knew of TBG+S as a student, having visited an exhibition there by Jim Ricks, called Temple Bar Gallery and Studios is Dead. When I moved to Dublin to set up in my studio, I wanted to get involved in the Dublin art scene so I applied as a volunteer at the gallery. I felt the TBG+S was a really interesting space. Artists exhibiting there often responded to the ambiguity of Temple Bar, an area where both art and commercialised culture converge. After several months as a volunteer, I was offered the job-bridge nine-month internship position, as Curatorial Assistant.

Could you describe your role as curatorial assistant?

As an intern at TBG+S, you’re spread across many different areas such as marketing curation. Aside from the series of Performance Nights I have also worked as a Project Assistant with Rayne Booth (the programme curator at TBG+S) on the Dublin Gallery Weekend which is a three day visual arts festival which runs alongside the publication of the Dublin Gallery Map, a free map of all the galleries in Dublin. I am also involved in Studio Management. At Temple Bar there are about 30 artists’ studios. Studio management involves keeping these artists up to date with the goings on of the gallery and going through the applications of new artists for  temporary studio spaces at TBG+S. Studio 6 is also available for hire and we run applications for this as well. In the area of Gallery Development, I worked with the Director, Clíodhna Shaffrey, on the three year strategic plan of institution. This involves drawing up and publishing a document for the public which states the mission of the organisation and is part of our responsibility as an institution which receives funding from the arts council.

Let’s talk about your series of Performance Nights, how did this come about?

The first event, by Holly O’Brien with Liam Slevin and Dan Guiney, is called Myths of the Future Exotic. This was the first time Holly did not perform her own work. She designed the performance and then stood back to watch it critically, so it was a kind of premiere for her. I came across her work at Body & Soul festival. She had studied visual art and costume design and this event is her biggest solo show to date which combines costume and performance within a gallery space. This performance will hopefully be toured by the artists. Dan and Liam are from Cork and Liam at college with Holly. It was a kind of collaboration. The sound artists were not given specific direction and the dancers involved were not given specific choreography. Holly expressed what she wanted and they translated it in their movements. My role was to check in with Holly and keep up with the development of her project. Sometimes it’s good to have someone to bounce ideas off with. The event was so popular, we booked up quickly and had to put on another showing as a result.

The second Performance event, Wilderness, is by Alba Lorca (23rd of March) and involves experimental dance. I volunteered with Alba at the Dublin Live Art Festival and the third event will be by Natasha Bourke. I noticed a common thread in the work of these three artists. I suggested a series to TBG+S and they were really supportive, giving me to the opportunity to facilitate these events at Studio 6 – an inspiring space which I thought would really suit a performance series. Luckily I was granted funding by Dublin City Council but I also ran a fundit campaign to raise enough funding for the project. In curating the events I wanted to give the artists as much freedom as possible, something which TBG+S have always supported too. 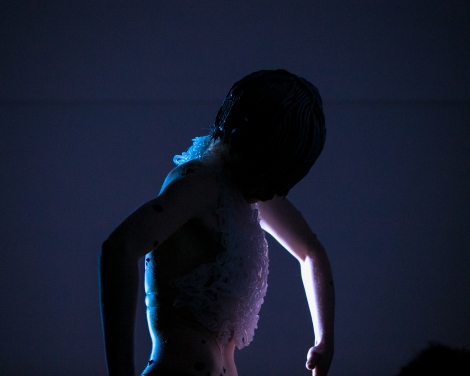 I performed in an exhibition with The Performance Caravan while I was in 4th year and I was the fundraising co-ordinator for my degree show. I have always been interested in it as an art form.  When I first came to Dublin I volunteered with Dublin Live Art Festival. Livestock is also great for more regular events. Though there are consistent performances in Dublin it can be hard to get a new arts audience in. It can be difficult to generate the funding for marketing which might attract these new audiences. Events by Foaming at the Mouth, the elements of performance during IMMA’s What We Call Love, Jesse Jones at the Hugh Lane and Amanda Coogan’s show at the RHA have all been great, well received performance events which are indicative of the strong current of performance art in Dublin now.

I really enjoy the structure of curating events. As an artist working on your own project can be a little bewildering when there is no finite deadline. I find the planning and development of a show really exciting, if a little stressful! I have been able to get lots of really great experience at TBG+S, but would really like to further develop my research methods in creating and devising events. This series came partly from personal connections and experiences I had, but I would like to expand my network, maybe travel and hopefully do a Masters in arts policy. I think it’s really important to travel for personal as well as professional development. I enjoy working in Ireland but would be see travel as a great opportunity to adapt to new situations and be inspired by new spaces. I am still very attached to my own art and would love to be able to contribute to the arts scene in Cork which I see as becoming more vibrant and diverse all the time. I think my experience as an artist has really informed my practice as a curator. As an artist you have an idea of how other artists work so you can really appreciate that art is not for profit and cannot be made a business! With these performance events, you get an experience which cannot be bought – it’s about being engrossed in the piece. 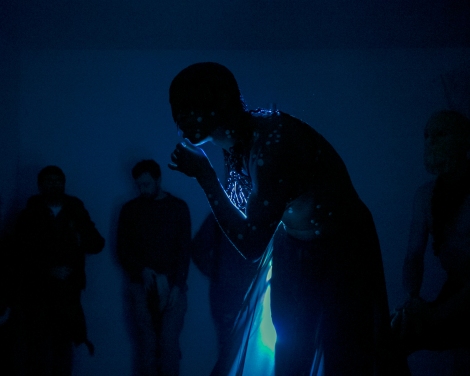 The next event in the Performance Nights Series, Wilderness, is by contemporary dancer Alba Lorca with experimental guitarist, Ross Kelly. When Róisín first encountered Wilderness, it was in the form of the dance at Dance House Ireland, for this event it will take the shape of a live interactive sculpture. This event is free to book at the TBG+S site and takes place on the 23rd of March 2016.
The final event by Natasha Bourke will take place on the 27th of April 2016.